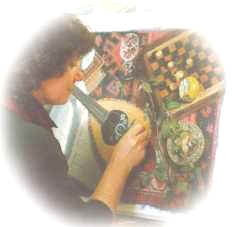 Leoni Duff lives in the provincial city of Launceston, Tasmania with her husband and family. An accomplished musician in her earlier years lead her to study at the Conservatorium of Music in Hobart majoring in piano. While having an avid interest in art and art history, it was during the 1980’s that Leoni made a serious effort to develop her painting skills. Starting with watercolour and progressing to oils, she sought every opportunity to study the old masters and early Australian artists for instruction. Largely self-taught Leoni has relied heavily on both historical and current art resources for guidance and direction. Leoni now works exclusively in pastel as her preferred medium. Summarising her philosophy of art, Leoni has said …

“I am motivated in my art to reflect a sense of wonder and appreciation at the work of the Creator. I see beauty, design, order and drama in simple objects, landscapes, the human form and the endless material in nature to inspire the artist. Out of a spirit of thankfulness, and in keeping with my philosophy, I set out to reflect this beauty and design and share these observations with those around me.”

1999 Exhibition of 20 works IMAGES OF LIFE, held at Greenoaks Gallery

2003 Shortlisted as a finalist for the U.S.Q, McGregor Fellowship for Overseas Study

2004 Invited to membership in Australian Women of the Year

2014 Finalist AME Bale Travelling Scholarship, Yet to be judged.

2014 Finalist AME Bale Oil Painting Prize Yet to be judged. 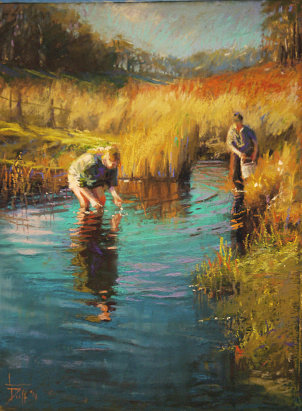 Leoni has developed a unique style, drawing on influences from her study of the history of art. She feels this to be an advantage in allowing an independent development of style and a freedom of expression not driven by trends that often move and mould the art world today. Leoni is a fervent believer in the importance of a disciplined approach to the development of technical and drawing skills enabling an artist to be unhindered in their exploration of creative potential.

Represented by: Regular community art exhibitions in Tasmania and interstate. 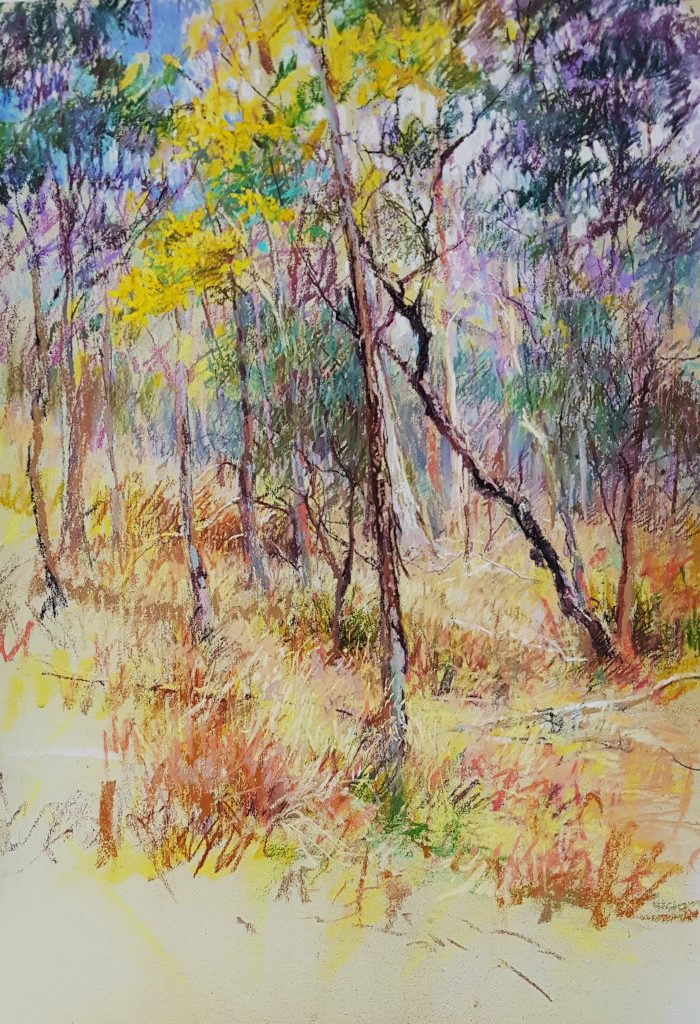 About Pastel Painting
by Leoni Duff

Pastel painting is a beautiful, luminous and exciting medium which is seeing a revival of popularity in recent years. Australian pastel painters are increasing in numbers and especially in the mainland States of Australia, pastel works are booming in popularity.

Pastel painting has a long and illustrious history dating back to the 1400’s when Leonardo Da Vinci referred to it as “the dry colouring method” . Artists often used pastel as a coloured study in preparation for a larger painting and many of these beautiful pastel sketches have endured through the centuries; still fresh and vital, long after the paintings they accompany in some other medium have deteriorated with age.

In some periods of history, however, artists of true significance have used pastel as their essential medium, exploring its unique beauty to serve their particular artistic purpose. During the 18th Century many artists used pastel to great heights

of skill and beauty and their works have endured as brilliant and fresh as the day in which they were completed. It is worth studying such artists as Rosaslba Carriera, Francois Boucher, Jean Batiste Peronneau, and the incredible society portraits of Maurice Quentin de la Tour. Chardin also turned to pastel as his primary medium in his later years producing works of great beauty and freshness of style. Pastel saw another revival during the Impressionist era especially with the innovative and experimental work of Edward Degas.

A study of some of the works of these great artists would be of real benefit to anyone interested in pastel painting.

What is Pastel
Pastel is basically pure powdered pigment, exactly the same as the pigments used in oil or watercolour paints, with the difference that pastel is a dry medium bound only by a small amount of gum tragacanth or chalk and rolled into a stick. The actual oil used in oil paints can cause yellowing and cracking with age altering the quality and colour of the original work, whereas pastel will keep its brilliance of colour unaltered for centuries. Pastel sticks come in an infinite number of subtle shades and gradations and are available in a glorious range of colours. Pastels range in texture from a fairly hard variety ideal for fine detail and drawing work to the soft buttery variety which can be used like paint to build up large areas of colour and texture. Pastel artists often work on a special coloured pastel paper or on a prepared gritty surface which has a positive “tooth” to hold the pastel grains. During the process of painting the artist will often use a fixative spray to adhere the pastel to the paper and to allow multiple layers to be built up, leaving a final unfixed layer to give maximum brightness and impact.The finished work is usually framed under glass to prevent any smudging.

What is Pastel Painting
A pastel painting has a unique surface “bloom” created by the refraction of light from the pastel grains. The pigments can be rubbed in and made luminous and velvety or given a soft and silky mattness of grain. Pastel is line and colour , painting and drawing all at once. It can be built up into rich hatchings of blended lines and colours creating a brilliant and dense texture.

Pastel is so immediate – no valuable time is spent trying to mix up just the right tone and colour. I can think the thought… and reach down to my pastel box for just the one I want… and put it just where I want it! My particular range of pastels become like familiar friends ready to come to my aid at the right moment ( at least that is the theory… in reality I often get involved in what I am doing and put my pastels in all kinds of funny places and have to go hunting for that special colour).

Pastels suit my style of painting because I often vary my approach depending on the subject I am dealing with. Pastel allows me the versatility I prefer… from the rich glowing qualities we expect from an oil painting, to the delicate and subtle effects of a watercolour. You can create soft hazy effects, delicate lines, large rich areas of intense colour. You can work from light to dark or dark to light. Pastel is also a forgiving medium as mistakes can easily be rectified and best of all… when I’m finished packing up is quick and easy!

The possibilities are endless. The only limitations are the time available, imagination and the bravery needed to explore this exciting medium.

About the Artist
Until recently I was living in Herrick; a tiny rural town in North-East Tasmania with my husband and six of our eight children. As a busy mum I tend to do my painting after hours when the family, the stove and the washing pile no longer need me. I often work on still life subjects as I can set these up in my art studio and take my time over them, or, I tend to paint landscapes with a local rural or bush flavour often including my children and the wonderful things that they do for recreation in the country… playing in a creek… swimming in the bend of the river… tadpoling… walking in the bush. We feel particularly blessed in the simplicity and uncomplicated kind of life that our children are enjoying and my thankfulness is often reflected in the things I choose to paint.

I feel it is important for me as an artist to be always studying the work of other artists; my contemporaries, and the greats that have gone before in history. I am strongly influenced by the Dutch still life masters, VerMeer with his light filled interiors and the still life of Chardin. I love the rich heritage of Australian landscape artists we have, especially the artists of the Heidelberg School.

My aim is to touch a moment in time, capture its light and beauty, to tell its story and hope that someone else will look at the painting and smile with shared understanding.

I regularly participate in exhibitions around Tasmania. My work can be viewed at my studio / workshop at 70 Brisbane Street in Launceston, by appointment. Phone 0409 542 557